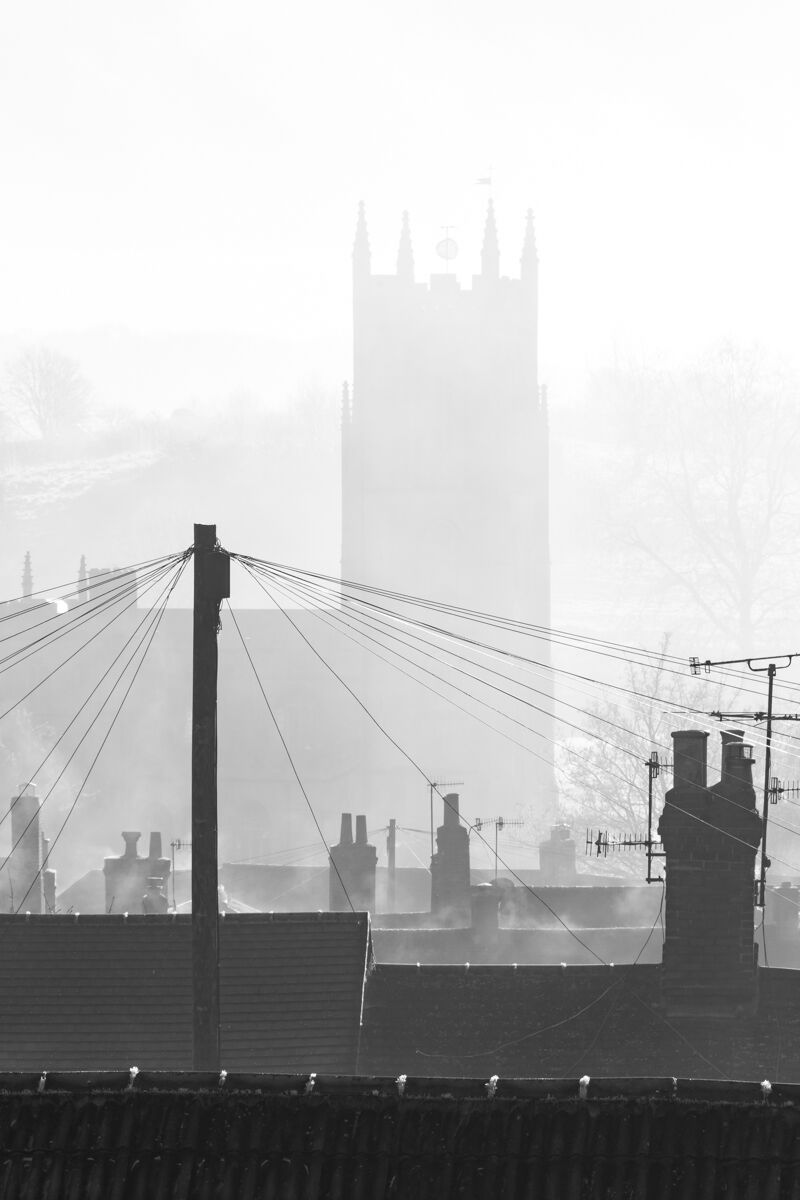 Bruton in the mist
Previous
Next

Villas in the mist
I shot this on New Year’s Eve, the last day of a particularly awful 12 months, which the world will take a long time to forget.

What struck me, however, about this photo and its many brethren still in the camera, is how my adopted home town (Bruton) fading into white reminded me of paintings of my old home town (Manchester) by L S Lowry. When you see real landscapes vanishing into white, it becomes clear that his paintings were not as abstract as they might seem to modern eyes. When he was active in the mid-twentieth century, intense smogs were a normal part of life. They’ve largely gone now, since the Clean Air Act and the near total eradication of coal as a fuel. But some of us still remember.

And I’ve got more reason to remember than most, as I began my studentship of art in the same place as Lowry had his – Manchester School of Art (now part of Manchester Metropolitan University) – and I lived for a time in the Pennine village where Lowry spent his retirement: Mottram-in-Longdendale. Our times there did not coincide – he died in 1976; I was there in the 80s – but I used to walk past his blue-plaqued house on the way to my local pub, and of course his legacy looms large over all of the North West, in museums, galleries and memorabilia.

Click image to enlarge. It is available as a print. Please see details on this site or enquire.
Next
Previous