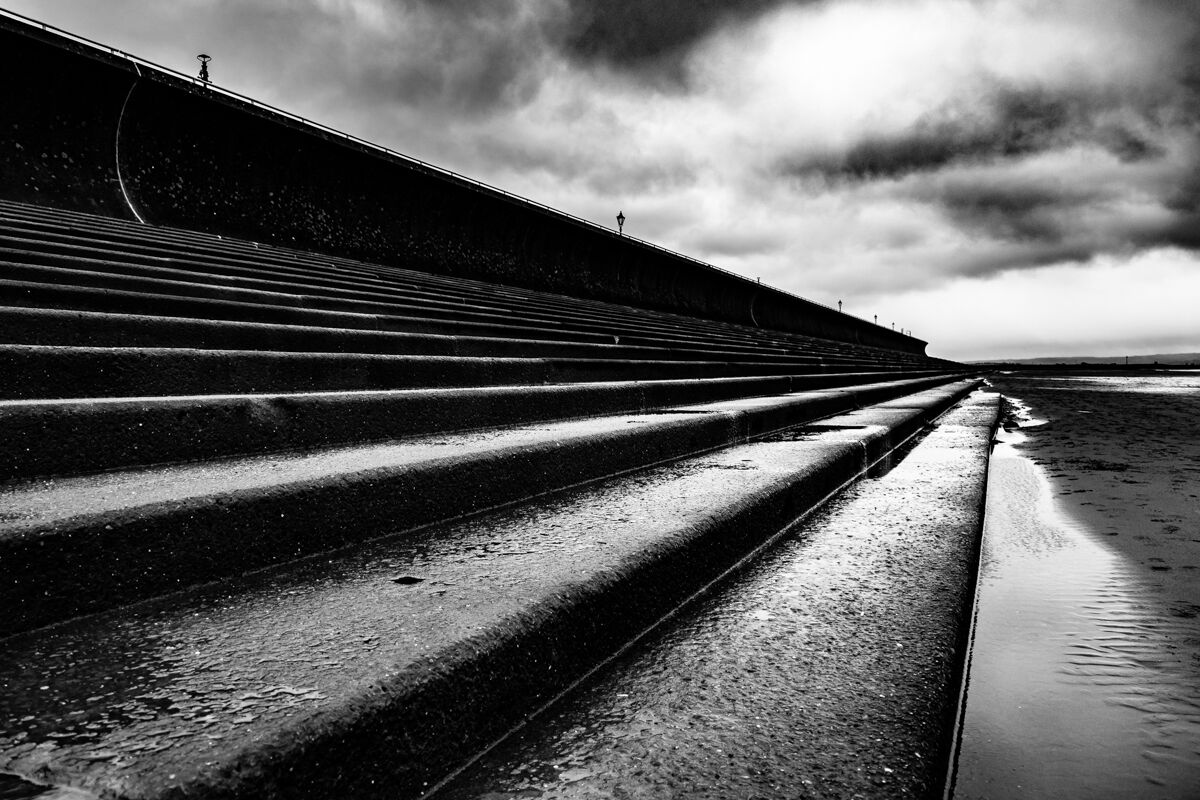 A Winter’s Day, in a Deep and Dark December…

…on the Somerset coast
Winter light can sometimes be a bit dim and grim but, on occasions, that low angle in the sky can produce great effects. This was shot on a trip out to Burnham on the Somerset coast, between Christmas and New Year. It’s a place I’ve visited and photographed many times. I like both off-season seaside towns and the architecture of defence or resistance used on sea-fronts.

Looking at the sea on this particular day, there was no sense of the havoc it could wreak in other circumstances. It was a long way out and very flat and innocuous-looking. But the brutal-looking sea defences, comprising a long stepped area then a massive curved wall to throw waves back onto themselves, told another story. If these things are necessary – and the council’s decision to go to the great expense of erecting structures like these tells us that they are – then the sea here must be incredibly violent at times.

And, of course, there is precedent: in 1607, a tsunami hit this area. An estimated 2,000 people were killed, which, given the much sparser population at that time, tells us of a massive inundation. And Burnham on Sea was one of the places most badly hit. Whether the great defences that now protect the town were built with a tsunami or just regular storms in mind, I don’t know. Nor is it clear to my layman’s eyes whether these defences would stop a tsunami, given the great heft of those phenomena. The 1607 one that passed through Burnham moved faster than a greyhound, swept 2.5 miles inland and laid waste to numerous villages. Source: https://www.burnham-on-sea.com/history/1607-flood/