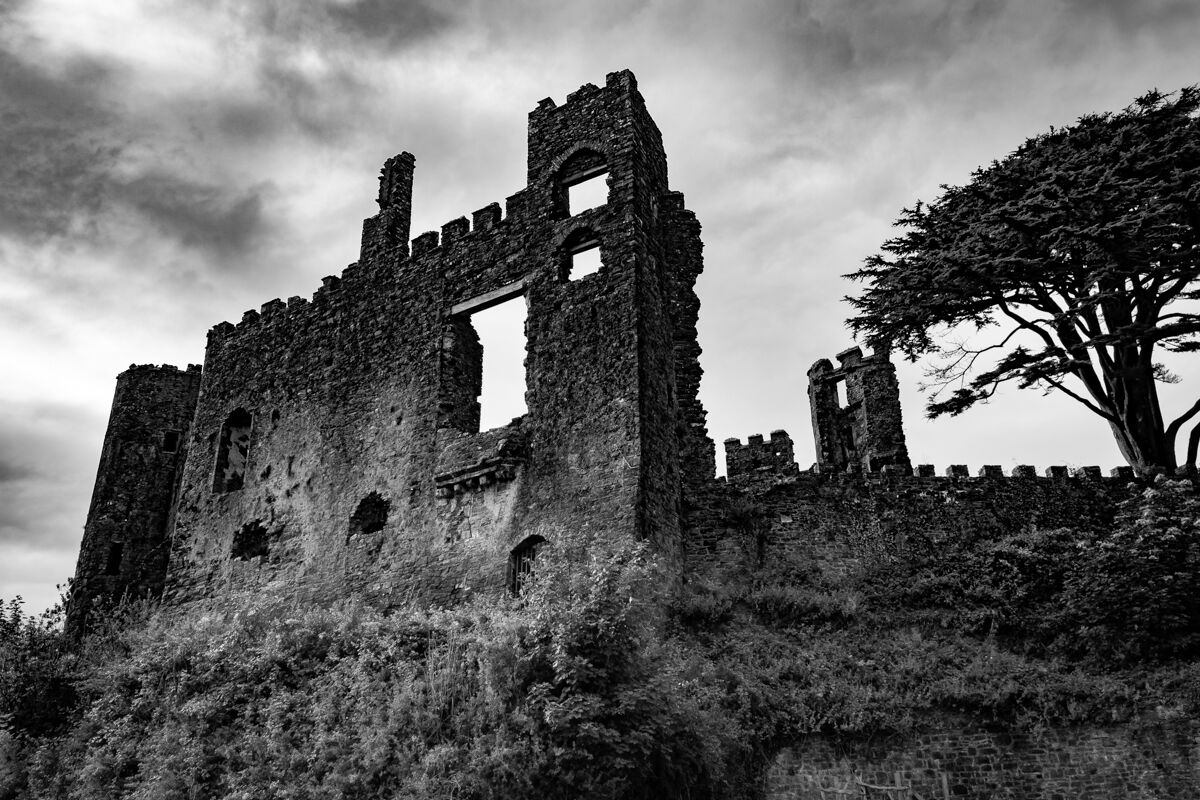 a ruined castle
Previous
Next

Dark art and architecture…
This week’s pic of the week is the ruined castle in Laugharne in South Wales. It was originally shot in colour, but black and white seemed to suit best the atmosphere I wanted, of some vestige of the Dark Ages. This was, after all, a structure built with the dark art of warfare in mind and it has been the locus of violence. But it also reflects my interest in architectural photography. For me, buildings have an atmosphere or a feeling, something one might liken to a ‘personality’, and I like to try and absorb that when shooting and re-present it in the finished photograph.

Having said that, the town’s biggest claim to fame is not the castle, but Dylan Thomas. It was his some-time hometown and is the place where both he and his wife Caitlin are buried. I will at some point put up further shots of the town. There was a lot to feast the eyes on.

It is available as a print. Msg me for details.