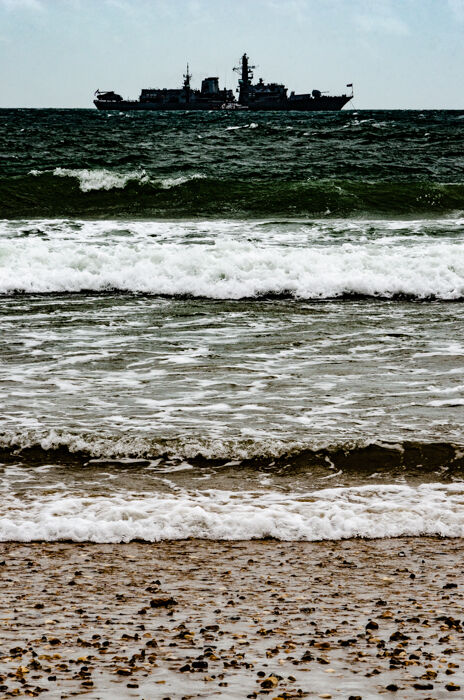 Ships and strips...
Why did I choose this one for pic of the week? Well, to tell the truth, I sometimes get a bit tired of the obviously pretty ones and like to post something else.

I’ve always enjoyed the long-narrow format of 35mm: it enables – provokes, even – experiments with composition, and I sometimes like to take advantage of those proportions to create pictorial strata. What’s there is what’s there, but the camera can reconstruct that on its own terms. The breakers, the beach and the darkening deepening sea make their own layers, and the ship makes sense of it, suggests some narrative, at the top, like figures on top of a cake. And the colours look - to me, at least - like they could only be from British shores, though I suspect bits of the Scandinavian coast look similar.

I don’t know what ship it is, though it looks military. This was shot on the Dorset coast in the not-too-distant, pre-lockdown past.