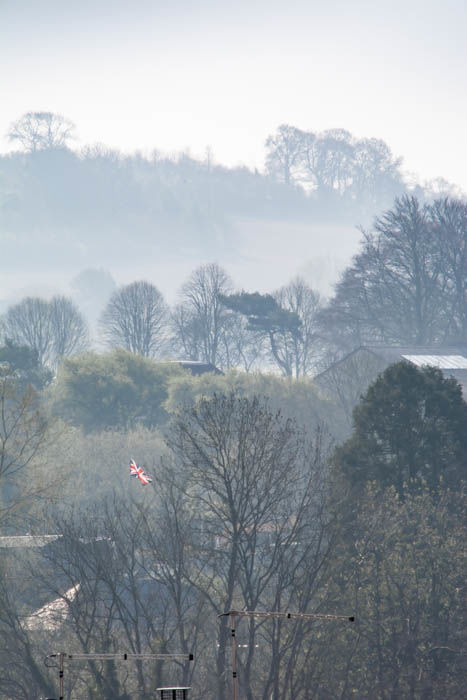 Deserted Somerset
It’s an odd thing, now, choosing an image to put up for my pic of the week. I have little in the way of recent commercial photography to show, due to the shut-down, but the impulse to make pictures never ends, so there’s this.

This is a view from my home in Bruton. The town often makes a beautiful picture in the morning. Being located in a steep-sided valley, it is often filled with a light mist in the early hours, which gradually burns off as the day warms up. And as that happens, the landscape reveals itself in layers which get ever lighter toward the horizon and ever more defined toward the viewer.

The town itself is, like everywhere, incredibly quiet. Car movement is rare and you can hear birdsong much more clearly than before, though trains are still passing through now and then on the other side of town. Of course, it isn't really deserted. Everyone is here; they're just shut up behind their doors and not venturing out onto the street. Indeed, maybe there are more people here than usual, in that those who commuted to London and maybe stayed over there during the week are no longer travelling.

This angle is a bit different from the others I shot, in that there was this union flag drifting lazily in the breeze and catching the light. I’m not big on flags and flag waving. As someone once said, they use flags first to shrink-wrap your brain, then to drape over your coffin. But it was there anyway so I shot it. From the angle, I’d guess it’s in the grounds of Kings School, though maybe it’s in the church yard.

One thing I can still do, regardless of the shut-down, is supply prints (assuming the photo lab I use is still up and running in some way). I have numerous available. See the Travel and Art Photography section on this site.
Next
Previous