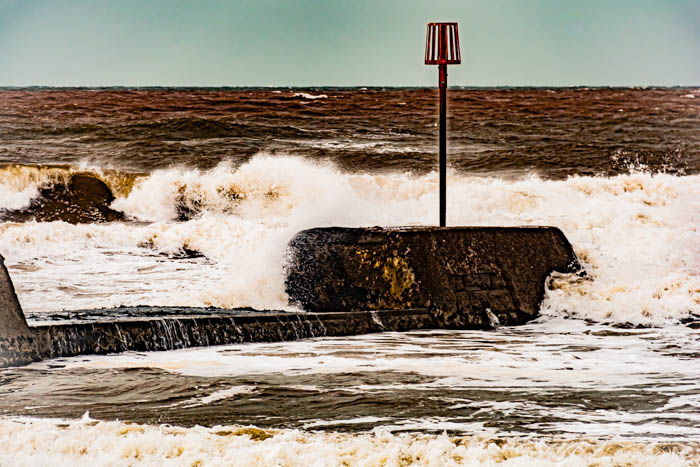 Sea and Groyne
Previous
Next

Disruptive weather in the UK
This week’s pic of the week is a bit of a departure. Since my last post my commercial photography has involved product shots and ‘before and after’ beauty treatment shots, but I wanted to post something that reflected how things are at the moment in the world at large. Well, in our little bit of it.

And of course floods have been the thing over recent weeks. This isn’t exactly a flood, though I do have photographs of Bruton submerged under flood water, from when the Brue overwhelmed its banks a couple of years ago. But this is prescient in other ways, in that floods in coastal areas and near estuaries and knocking on further inland are sometimes impacted by storm surges on top of the effects of heavy rain. And as climate change continues to do its thing unabated, all of this will become too familiar. In fact flooding has for many parts of the country become an annual event when once it would have been once in a hundred years occurrence.

I fear that, for many of us, our relationship with water is changing. A medium that we once took for granted as benign and useful, for drinking, bathing, summer beach holidays and such, is about to become a more threatening and unwelcome phenomenon.

So this is a bit of non-specific English coastline, not too far from my Somerset base. And I have given it a bit a bit of a tweak in the editing process, so it is by no means a naturalistic photo.

Thanks for looking.
Next
Previous