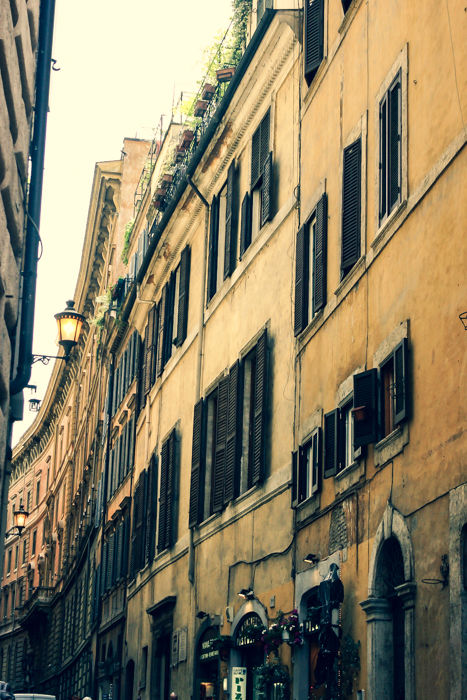 a street in Rome
Previous
Next

Quietly spoken creativity
As a commercial and architectural photographer, much of what I photograph is the work of highly skilled and trained professionals. But once in a while, I like to sing the praises of the anonymous architects and designers who build many of the great towns and cities that we love.

It’s true that their output is usually smaller in scale, cost and ambition than the more spectacular and revered structures, but their works often create the character of a place and give it the atmosphere that makes us want to be there.

This, I think, is a case in point. This is back street in Rome. I think it juxtaposes well with the shot of the Pantheon, which I posted last week. The Pantheon is one of the most famous buildings in Rome and, indeed, the world. This street, on the other hand, is more or less anonymous. It no doubt has a name, but whatever that was, it wasn’t of sufficient interest or fame for me to note it. It’s just another street. But I think it’s a magnificent street, and for all that it was no doubt built in stages over years by numerous jobbing builders, it has a charm that were it to be deliberately emulated by a professional would be hard to match. Look at that subtle curve and the multiple variations in colour, size and accoutrements – windows, arches, shutters etc... I find the whole thing just magical, and it is scenes like this, as well as the famous landmarks, that I look for when travelling and photographing.

For the technically minded, this was shot at 400 ISO, f9, 1/160th second and 39mm focal length. Click to enlarge.
Next
Previous