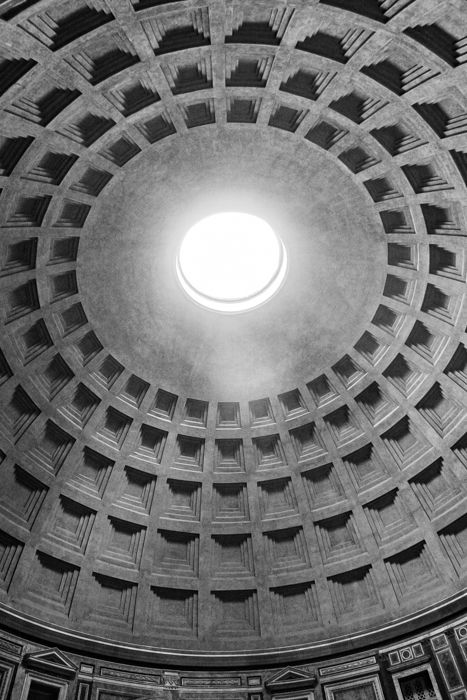 Visibly visible
As a visual artist, my chief interest is inventively creating things out of the possibilities within the visual world; as, specifically, a professional photographer, my role is to make what I shoot as engaging and informative as possible, within the context of what is ultimately required of the shot. So, I would like sometimes to just proffer a photograph and let it speak for itself, to write nothing underneath. After all, a picture is supposed to speak a thousand words, so to add some more would seem irrelevant. But anyway, I am not allowed to do that, as Google expects to see regular original and informative stuff on my site and the photo plays little part in that, or maybe none, as presumably the bots can’t read it. And if I don’t comply, my website drops down the listings like an out of control elevator in a Die Hard movie and no-one sees it and I get no enquiries.

So, this week I have posted a photograph of the Pantheon in Rome for really no other reason than I think it might bring a bit of optical pleasure to those who see it. But I have to say something commercially-oriented, so here it is: I am a commercial and architectural photographer and what I would very much like is for you to read this and then to do one of two things (or both would be even better). 1. Commission me to take photographs to publicise your business or organisation; 2. Buy some of my prints, a handsome selection of which can be found in various bits of this site. I’m based in Bruton and serve Somerset, Dorset and Wiltshire, though obviously prints can be sent anywhere. I’ve also been known to write a bit, so if you need a copywriter, I’m game for that too.