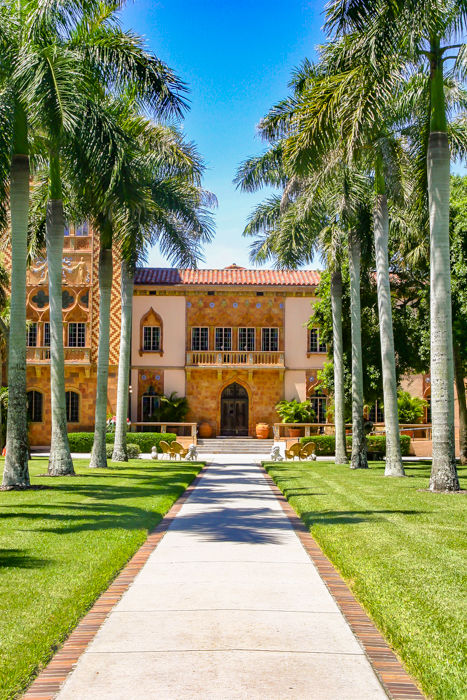 The Ringling Museum, Sarasota.
Previous
Next

Journeys in the Hyperreal

Faith in Fakes
I paraphrase the famous book by Umberto Eco, as it came forcefully into my mind as soon as I entered this place. This is the Ringling Museum of Art in Sarasota, Florida. It is a billionaire’s vision and re-creation of an Italianate palace – palace of art, in this case – built thousands of miles from the architecture it quotes. It was built in the early twentieth century by John and Mable Ringling, who had made their fortune running circuses and who then started buying European art with their wealth.

Eco and other scholars of semiotics describe a world in which the sign of the real supplants the real, and veracity ceases to be inherent and is instead the consequence of loosely agreed and mutable exchange values. He explores museums of art where people marvel at facsimiles and questions what is actually being experienced when a copy of something, which both the viewer and the curator know to be inauthentic, is viewed. Given that the US generally looks to Europe for its ancestry and possibly even its authenticity, even while for many Americans Europe does not contain their heritage, a desire to have what European museums have and will not let go of creates a problem. In a country where the indigenous population was substantially exterminated, then marginalised and did not make durable cultural artefacts in the first place, there is a need for something that grounds culture. Not that the Ringling is filled with fake art. There are real old masters here, but also modern, twentieth century copies of Renaissance sculptures. And those European museums and collectors might have chosen to sell some old masters, but they'd never part with the best ones. Creating authenticity is a challenge that requires inventiveness. Also, the decision to design the building in this way is also telling, this being at a time when Modernist design was already visible on both sides of the Atlantic, and in a sense, the building itself is the key exhibit. The Ringling opened in 1927; MoMA in New York, with its high-Modernist agenda, opened just two years later. Frank Lloyd Wright was already active, America already had its first skyscrapers, and in Europe the Bauhaus had been around for some time.

In conclusion, I make no judgement about this. The Ringling is a beautiful building in a beautiful setting and a lovely place to spend a few hours, while the need to hold onto some sense of authenticity to ground ourselves, in the face of fake everything, afflicts us all. The slippery sign is now part of life in a rapid-consumption consumerist world. I just think is interesting to watch all this and important, if we are always being had and can do little or nothing about it, to at least know that.
Next
Previous