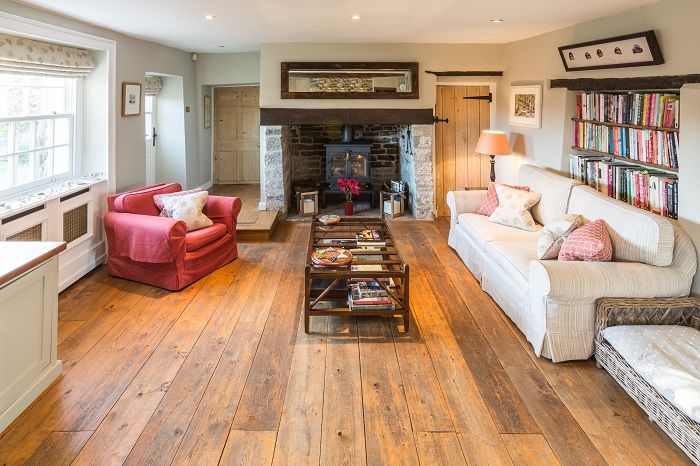 Getting the balance right
Interior photography looks deceptively simple. Everyone has a camera and takes photographs indoors, usually of friends and family with home or some party place in the background. But what if you want to take photographs of interiors where every detail of what’s in the room matters and there are no people to focus on and take over the space?

This is from a recent interior property photoshoot on the Somerset-Dorset border.

The challenges here were the range of light levels, from glaring windows to the dark of the fireplace; capturing the whole the width of quite a wide room; and making sure all is in focus, from the foreground to the distance.

Getting the whole room into shot was achieved by using a very wide angled lens: 12mm focal length – almost fish eye. A fairly small aperture was used – f9 – to get as much as possible into focus. The fact that it is a wide-angle lens helps, too – such lenses have bigger depth of field than most. If you look, both the close foreground and the distance are pin sharp (within the limitations of what this website can produce here, as it insists on images which are only 700 pixels long side – the original photo is much larger: 24 megapixels). Because of the small aperture, light had to be gathered by exposing for a relatively long time: 0.5 second – so the camera had to be mounted on a tripod to prevent shake. A low ISO was used – 200 – to minimise ‘noise’. The photograph was taken ‘RAW’ so that darks could be made lighter and lights darker in the editing process, to balance the tonal range of the shot. Also in the editing process, the distortion created by the curve of the lens was taken out and walls made vertical. Finally, myself and the camera were visible in the mirror on the far side of the room when the photograph was taken. This interference was taken out in Photoshop.

So you see, there’s more than meets the eye in an interior photograph. Or rather, what meets the eye is the outcome of more skill, care and knowledge than might immediately be apparent.
Next
Previous