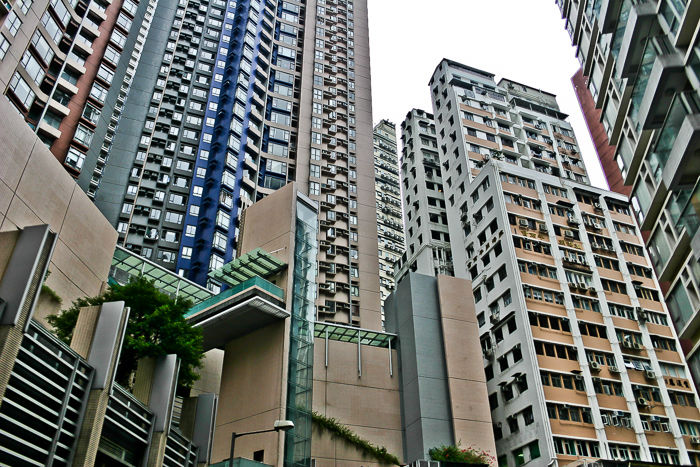 Pic of the week - Hong Kong

Commercial and Architectural Photographer, Somerset, Dorset, Wiltshire and International!
For this week’s pic of the week I have chosen Hong Kong, for the second time in the last month or so. It has been in the news again this week, and the more time that passes the more alarming things seem to get. I don’t pretend at this distance to have a finger on the real pulse of the place and to know the full details of the politics at work, though it is pretty clear that Hong Kong’s people are not in favour of what is befalling them, have no say in it and are being panicked into action of various sorts. I can only describe what an amazing place it was to visit. It is the remarkable consequence – for good and for ill – of huge numbers of people all engaged in productivity at some level or other, making a place work. The architecture speaks volumes about people of all skill and income levels squeezed onto one small island (and the bit of mainland that abuts it – Kowloon), trying to make a living – in some cases a meagre one, in others an astronomical one. And this is reflected in the buildings. Architecture always tells a story: of problem-solving, of poverty and riches, of creativity and indifference, and more – which is probably why I never tire of photographing it.

In this shot I have tried to catch the vertiginous sense of buildings that climb ever higher. Millions of people live in these small concrete pockets in these massive structures that get higher and higher with every new one built. There is endeavour to give the buildings character of a sort, with a flash of colour here and there, but really, a tall pile of boxes is just that, and expressions of individuality can only exist indoors. And these are the posher ones. You need a very big bank balance to live in not very much space in Hong Kong.
Next
Previous