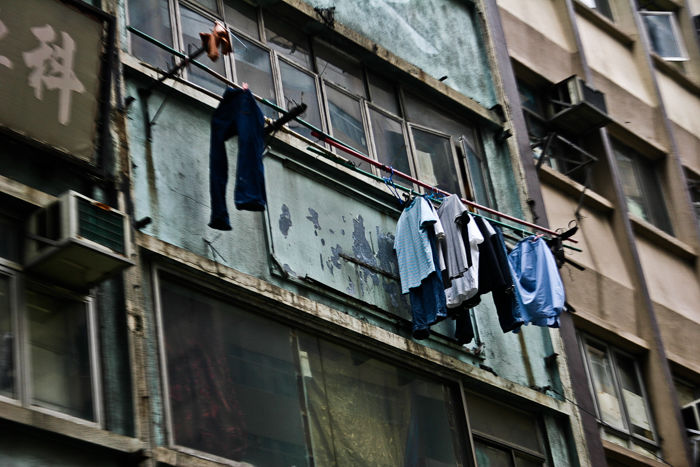 City of contrasts…
With Hong Kong in the news lately – for not very pleasing reasons – it seemed apposite to post a photograph from there. I visited the place a few years ago and shot many photographs. For a visual artist, it is a place of endless fascination. I guess the first most striking thing is the relentless buzz of the place. Everyone seems to be rushing round, either scratching a living or making a very good one. Which brings me on to the next point: there is clearly a massive wealth gap. There are many flash-looking apartments, while others look like little more than vertical slums, though the demand means that even a scuzzy place doesn’t come cheap. There are many, many high-rise buildings. The population is clearly vast and occupies a limited space. And you can more or less date a building by its height: as time has gone on, demand for space and the availability of better technologies has pushed buildings higher and higher into the sky.

There is also great contrast in activity on the ground. While Hong Kong Island and the mainland bit, Kowloon, scream hi-tech, twenty-first-century capitalist paradise at you, small wooden fishing boats, crewed by men in traditional Chinese straw hats, chug in and out of the harbour.

My trip there was only brief, and I would love to go back, but I guess now is not the time. There is, of course, the political turmoil, and gratuitous long-haul flights are no longer a thing one can contemplate with a clear conscience.

Click image to enlarge. I enjoyed this photograph. It was taken from a moving, open-topped bus, and that short depth of field – only the clothing in focus – was how it was shot. The blur wasn’t Photoshopped in afterwards. It is not the most salubrious image I could have posted about the city, but I think it has a certain charm and honesty.
Next
Previous