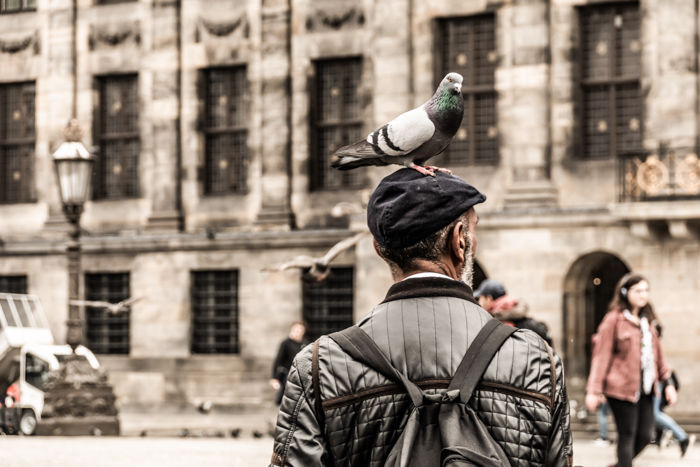 As someone with a keen interest in architecture and architectural photography, and in the photography of William Eggleston, I am more interested in the spaces people create and the things they leave behind in the public domain – the way they leave their mark – than in people themselves. I hope this has more to do with shyness than sociopathy, but I think street photography is best left to those who are experts in that field, like my friend Paul Russell.

So, this week’s pic of the week is something of a rarity, as it has someone in it, on the street, doing stuff in public. I think this guy was busking in some way, using the local pigeons as props. And, naturally for me, I took the shot from the back, but I think it kind of works better like that. I also like the way the pigeon seems to be eyeing me up.