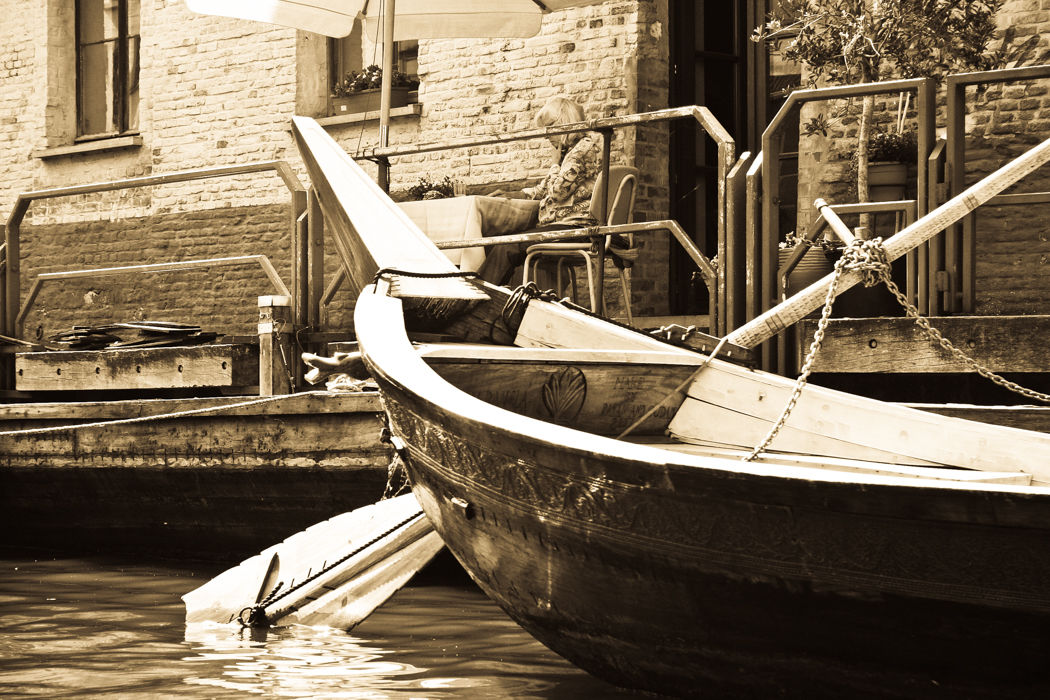 Boat on a canal Stephen Riley Photographer, Somerset.
Previous
Next

Jolly boating weather
A bit of travel photography - this was taken a little while ago in Ghent. I’m not sure if the style of boat belongs there – it looks like an oriental design to me, but then what do I know about boats? As an artist/photographer, I’m more interested in the aesthetics, and I think it looks wonderful.

Speaking of aesthetics – that’s the reason it has had the colour removed. It was a digital photograph originally, so it automatically came in colour, but in the editing process this look seemed to work best with the image. Part of the effect of that, however, has been to expand the contrast, so this is ultimately an imperfect photograph, with bits too light and bits too dark, but then sometimes the imperfect is the more beautiful – as with music, when the notionally perfect sound of digital can be less satisfying that the deep punchy grooves of vinyl.