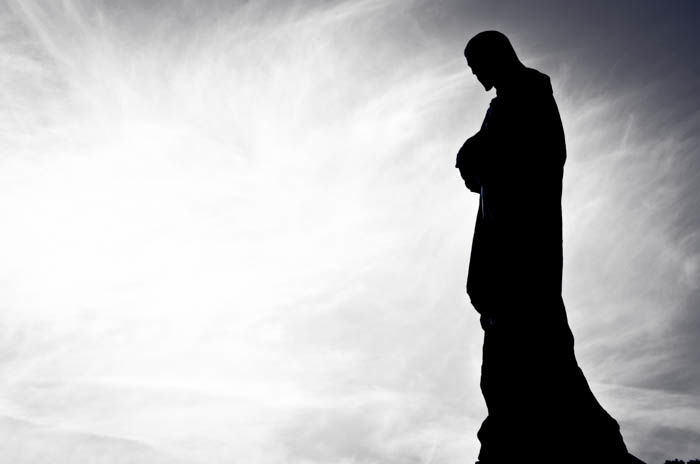 Figure atop a gravestone
Previous
Next

Photograph of the Week

Figure atop a gravestone..
For once, my photograph of the week is not from my usual three counties, the ones in which I do most of my work: Somerset, Dorset and Wiltshire. It was in fact taken in Tameside in Greater Manchester – the area in which I grew up, but which I left some time ago. Specifically, this is in a town called Dukinfield, on the eastern fringes of that conurbation. Though in fairness, a near-identical photograph could have been taken in any of many locations in Christian countries across the world. So I think that gives the shot a certain universality - every photograph has to be taken somewhere, but what it refers to, if isolated, can render the location pretty irrelevant. Because the sense of scale becomes lost, this put me in mind of the huge statue of Christ the Redeemer in Rio de Janeiro. Also, my photographs of the week are not always confined to my home turf – a quick scroll through the items on my News page will reveal a variety of locations and topics.

I am not an especially religious person, but one can see through this shot the powerful emotive possibilities of religious sculptures, especially when set against nature. I like to wander with my camera in towns and countryside, to search for a good photograph, and on this occasion my wandering took me into a cemetery. It is quite an amazing one, perched on a hilltop and overlooking the towns and ageing cotton mills of the Tame Valley. It was replete with photographic possibilities, albeit ones with a melancholy overtone, due not only to the immediate subject matter, but also the sense of loss created by the closed-down industries in the valley below. Also, speaking as an artist and just considering the aesthetics, I had to take the shot. I turned round and there it was, looking back at me, and it could not be resisted. I guess a lot of us have a residual Romantic sensibility in us, even if in our rational, scientific times, the place such a sensibility leads to is hard to articulate and justify.

Nothing much has been done to enhance this shot. The camera turned the figure into a silhouette because of the bright sky. I then just desaturated the image because the colour in it was minimal anyway and added nothing worthwhile. For the technically minded, it was shot at ISO200, 70mm, f22 and 1/160th on a Nikon DSLR.

If viewing on a computer, click on the image to enlarge.
Next
Previous