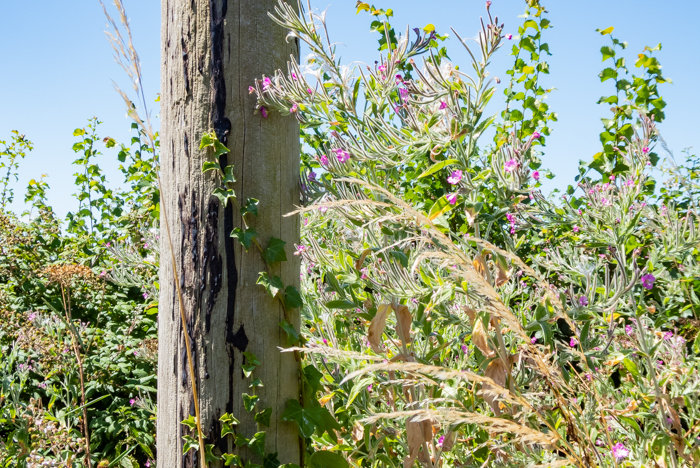 A hedgerow in Somerset.
Previous
Next

Pic of the week – flower power

The hyperreal Somerset countryside
As autumn is beginning to make itself felt, I thought for this week’s photograph I would post something summery, to remind us of the incredible and incredibly hot summer we’ve just had.

I chose this, shot in July this year, because of the feeling of intensity it gives. For me, it captures something of that searing hot summer: the plants and flowers seem almost overabundant in their fullness and enthusiasm for life, and the almost unfathomable layers and shades of green, irradiated by more heat and light than this part of the northern hemisphere is used to, seem to me to give the scene a hyperreal effect.

But, maybe, to another person, this is just a random bit of hedgerow, and in a sense, of course, it is; it is just a bit of random countryside, somewhere near Street and/or Glastonbury. On the other hand, I read a great quote recently, courtesy of Gaston Bachelard, which encapsulates well why some of us become engrossed in and record things like this: artists, he argues, are born phenomenologists. For artists, everything is imbued with meaning. Trivial, side-of-the-road stuff, which most people would ignore, even if they saw it in the first place, can be to an artist something of intense fascination. Van Gogh, after all, found fascination in paths bifurcating a wheat field, in his old boots, and in a chair parked quietly in the corner of a room.
Next
Previous