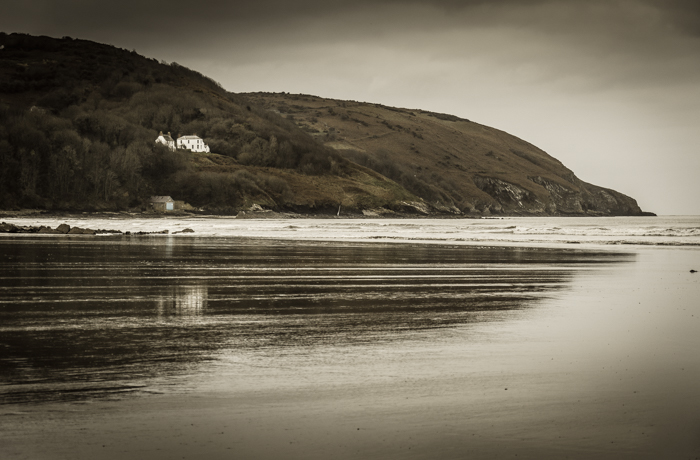 Coastal Britain in the Winter

Moody, romantic seascape
As much as we enjoy seaside places in the summer, there is something about coastal locations in the winter that enervates the romantic spirit; which is just as well, as here in Britain we have a lot of coast and not an awful lot of summer.

There’s something about wrapping up in a warm coat and scarf and braving windswept beaches and clifftops that invigorates the soul. The romantic painter, JMW Turner, famously had himself tied to a ship’s mast during a storm, in order to really experience the force of nature, as it acts on the sea, and to be able to translate that power into his paintings. Few of us would go to that far now, though most of us still enjoy the intensity of romantic expression, vicariously, through art forms of various sorts: the symphony, gothic novels and lens-based media, such as film and photography.

The challenge in creating a photograph like this stems mainly from the poor light, which gives the photographer little colour to work with. In the absence of colour, what one is left to work with is tone. So here, I have taken on board the diminished colour, pushed it further so that the photograph is almost monochrome, then punched-in and deepened the contrast.

Speaking of Turner, what I have ended up with is a colour palette not dissimilar to those in some of his seascapes, if with a little less range and glow. Indeed, Turner's paintings started off largely in monochrome - he then built colour up on top of those earlier, structural layers. He also seemed to be able to include at least a hint of the sun, somewhere in his compositions, however stormy they were. The sun is a palpable abentee from this photograph, which stops short of the all-out romantic assault on the senses that he might have brought to this scene.
Next
Previous