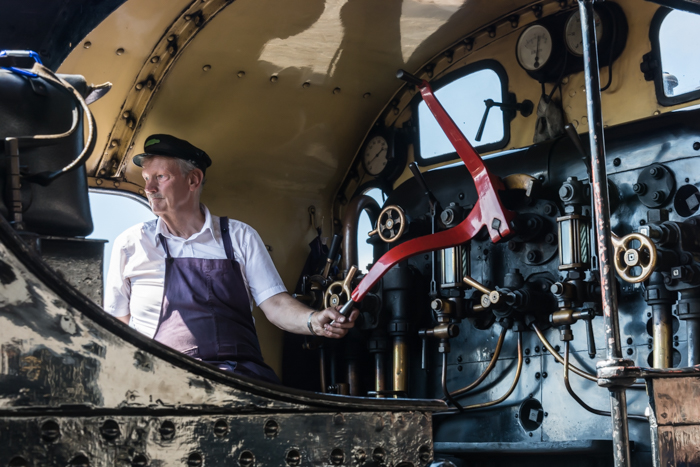 The trained eye...
This is one of countless photographs I took on a recent trip on the West Somerset Railway. It was an absolutely delightful day out. We started at Bishops Lydyeard and travelled in the first instance to Minehead, then on the way back, stopped off at Blue Anchor and Watchet. Can’t help wishing we’d stopped off at Stogumber as well, not that there’s much of interest there, but just to be able to say I’d been to a place called Stogumber.

As you’d expect, most of the shots were of trains – a subject on which I know almost nothing. No doubt there are train buffs out there who could tell me this or that was a DCL36b MarkII with a triple-valved, crosshatching intuberator, but I have no idea, I just like old trains.

I also took many photographs of the towns and seascapes that we visited – I’ll post more shots of those in the coming weeks.

The biggest challenge for the photographer was getting the exposure right. It was a sunny day and the trains were painted mostly black. Mercifully there is RAW to help one deal with this, so I was able to pull back backgrounds that were overexposed as the camera sought to expose the dark locomotives correctly.
Next
Previous