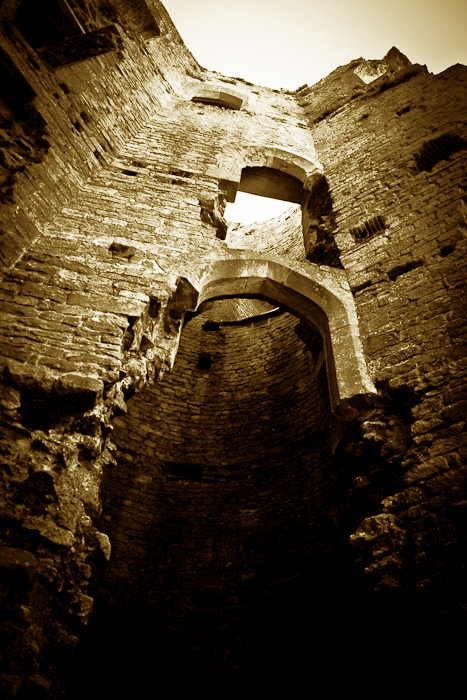 Pic of the Week

A photograph of the crumbling castle in Nunney, near Frome in Somerset - a once mighty edifice, ruined in the English Civil war.

This is a shot of one of the four towers that mark the corners of what remains of the building. In fact, much of the structure still stands, but there is a gaping hole where it was deliberately blown-up and made useless when captured by the Parliamentarians. It has a moat, so the traditional way of wrecking castles - undermining - was not possible. The roof and all of the internal timbers have long gone, and there is the strange sight of fireplaces built into walls now hanging many feet up in the air. What is perhaps strangest of all is trying to imagine the noise and violence that were once here when what remains is so utterly serene.
Next
Previous