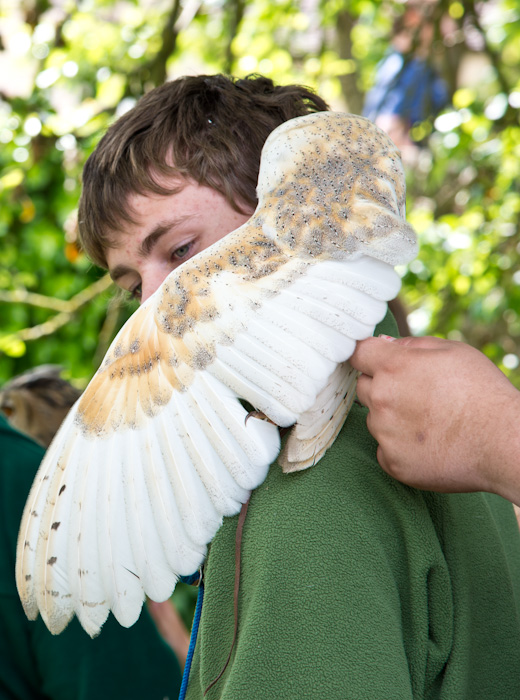 Owl and Handler, Packhorse Fair, Bruton, Somerset, May 2015
Previous
Next

A moment from the Fair
The Packhorse Fair is a colourful and varied event held in May each year, by the Packhorse Bridge on the banks of the River Brue in Bruton.

I popped along with my camera for this year’s outing. There was much to see, hear, touch and taste: there were musicians of various sorts, including Salisbury saxophonist Robert Chalke, who was busking for charity. There were local produce stalls, arts and crafts stands - including places where you could have a go at making things yourself - street performers, a dog show and all manner of food and drink outlets. Worthy of note in this was a fairly potent Somerset cider which, with the aid of warm afternoon sunshine, had a strangely hypnotic effect. There was also a drag race, where bearded lovelies donned frocks and raced for charity.

A birds of prey conservation group brought some of their charges along. The handlers encouraged members of the public to stroke the birds; an arrangement with which both the birds and the fairgoers seemed very happy.