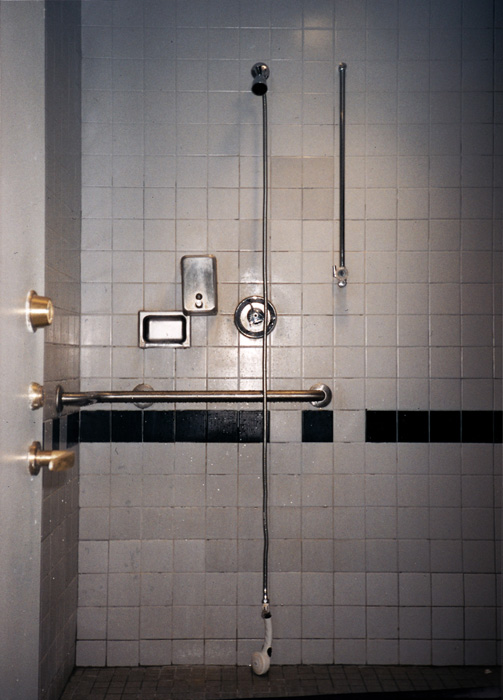 I was prompted to put this photograph on my website by seeing a shot by photographer Ben Sedman on Twitter. I have a loose association with Ben, though I have never met him, through our work as lecturers at Manchester Metropolitan University.

Ben had posted a photograph of what looked like one of those tall, flash buildings, where Fifth Avenue meets Central Park. I could be wrong about that specific location - it is a long time since I was in New York - but that’s what it looked like to me.

So, I started to think about some of the shots I took on visits there, and I came up with this one. Clearly, there is nothing umpteen-zillion-pixel-sophisticated-digital about this photograph. It is pre-digital and was taken, if memory serves me correctly, on a little Olympus 35mm compact. As I do not have a slide/negative scanner at present, this rendition of it was simply created by placing a print on a flatbed scanner and making a digital copy. Naturally, it doesn’t have the refinement of something taken on one of the current crop of digital cameras and processed from RAW via the countless creative possibilities of Lightroom and Photoshop. Nevertheless, I think it has something. The crudeness of that small, central burst of flash seems to work well with the subject matter: a functional, rudimentary shower used by tens of thousands in crude, cheap accommodation. The shot seems, to my mind at least, to capture the cold, impersonal, quasi-municipal qualities of the place. And it was cold; it was January or February. The wind was whipping in mercilessly from the Atlantic, with snow in its teeth, across Manhattan Island.

Of course, as a fan of William Eggleston’s photography, I can’t help but tip my hat to his photograph of a shower called, I believe, Green Shower, Memphis, 1973. I can’t remember, at this distance, whether I had that photograph in mind when I took mine, but then these things get into one’s bones by osmosis. After years immersed in the visual arts, we artists and photographers (why the distinction, eh, Steve?) have a catalogue of images in our minds that inform what we do, whether we are conscious of it or not
Next
Previous