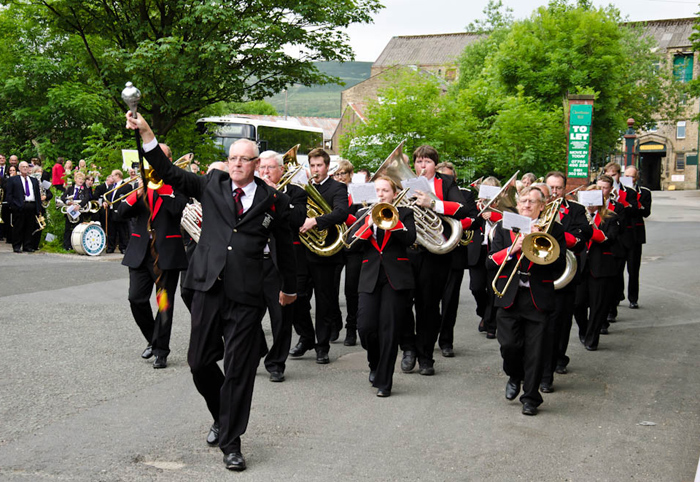 Manchester Evening News uses one of my photographs

Band pic makes the news
Have you ever had one of those moments when something looks familiar but you’re thrown because its context isn’t what you’re used to? I had that today on seeing a very familiar photograph in Manchester Evening News; specifically, on their website.

The photo depicts Droyslden Brass Band. It is one of a series I took last June in Stalybridge, during a competition that featured brass bands from across the North of England. I took a few shots of other troupes too, but Droylsden was my main subject, as my brother Mike plays euphonium in the band. He is the fifth player from the right, with the ‘To Let’ sign almost touching his head.

The reason Droyslden band was in the news is that their numbers are so depleted that, for the first time in 20+ years, they will not be taking part in this year’s Whit Friday Band Contest. This is a sad reflection of our times, when brass bands are somewhat lost and anachronistic in the face of the numerous other appeals for our attention that now exist. Droylsden simply cannot get the recruits it needs to make up a complete band.

I quite enjoyed this shot. The composition works and I quite like the way the action is made visible by the blurring of the leader’s twirling staff and the way his clothes flap against his body. I’m glad that Manchester Evening news evidently likes it too. It’s sad to think, though, that the photograph's significance might not be as an image of contemporary culture, but as a time piece, recording a lost past.
Next
Previous