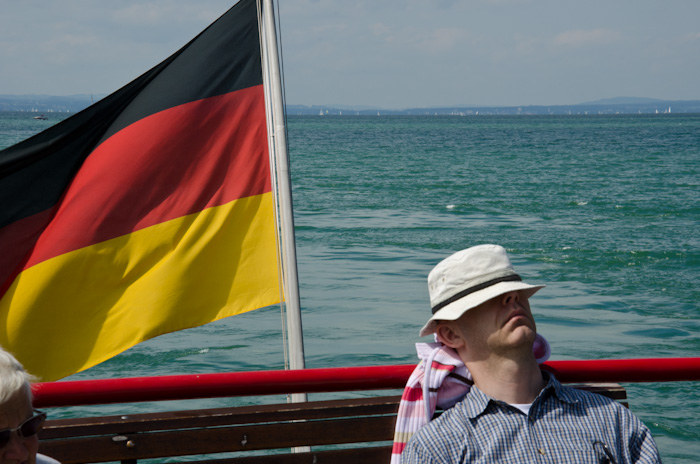 Travel photography - a Manchester photographer on tour in Europe
Took this photograph on a recent trip to Lake Constance in Germany. The lake is known as 'Bodensee' to German people; ie: 'the lake at the bottom', as it is right at the southern edge of the country, with Switzerland over the water to the south and Austria to the east.

This image is from one of the ferries that links resort towns such as Lindau, Langenargen, Konstanz and Friedrichshafen. The latter was heavily bombed during the war, as it is home to aircraft factories and the Zeppelin airship. Much sleeker, contemporary versions of the lighter-than-air craft are still made and leisure trips are available over and around the lake for those who can afford them.

I can also do a bit of a name-drop here, as another one of the stops was Nonnenhorn, where I once exhibited, courtesy of the Heidi Probst Gallery.
Next
Previous