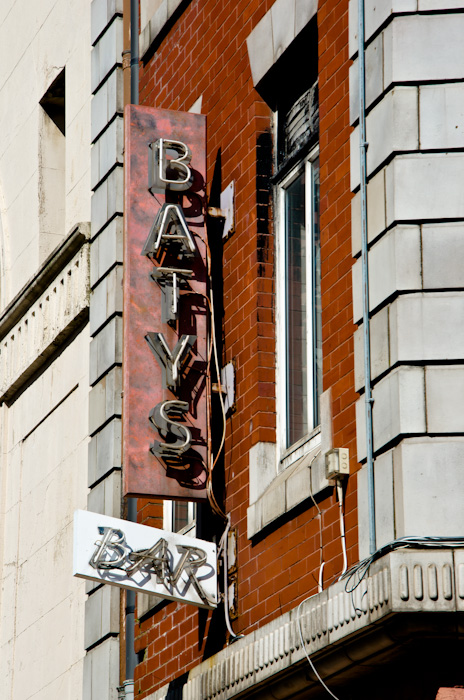 So show me the back streets…

This neon sign, near the back of the Midland Hotel in Manchester, looks like it dates from the 1950s and would be something to press the buttons of a 1960/70s New York hyperrealist/photorealist painter. On the other hand, I think it was Richard Wentworth, an English sculptor, who said that the best sculpture is to be found on the street; though I suspect he is not the only one to have thought and said that. For me, it is just the case that cities the world over are places of relentless human inventiveness, renewal and efforts to communicate and persuade, and that creates endless visual fascination.

PS. In case it sounds familiar, the line 'so show me the back streets' is a line from an Edwin Starr song, once popular at northern soul clubs.
Next
Previous