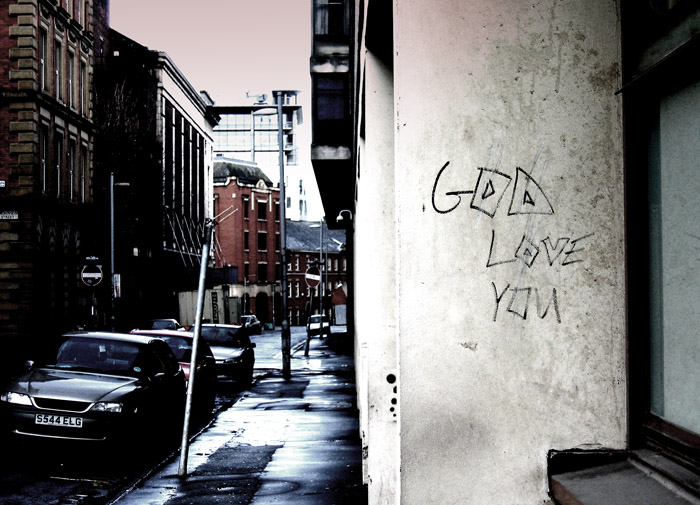 God love you sir! But don't expect to get paid. Photography by Stephen Riley
Previous
Next

Do you want to work for nothing? Free work cons...

Volunteering for exploitation...
As a freelance artist-photographer and writer, I seem to be getting an increasing number of requests to provide free work. I have had 4 such ‘offers’ over the last week or so. They come in a variety of ways: sometimes direct approaches; sometimes from listings, where I am registered for freelance work. It seems some people only read the ‘free’ bit in ‘freelance’.

I do voluntary work in the Arts, donate free artworks for auction for not-for-profit organisations, and provide free photography for a local Tameside-based charity (some of these images will become greetings cards and calendars shortly). Similarly, I write more or less continuously: blogs, letters to newspapers, books and articles based on self-derived themes, exchanges in social media and more. These things are, however, a matter of my choice; some to support what I feel deserves support; others for self-expression, entertainment or to keep in touch with others with similar (or diametrically opposed) views. What we are looking at here, however, are commercial organisations seeking something for nothing and individuals trying to get their businesses going on the back of unpaid labour from other people: the skill-less trying to exploit the skilful for their own profit.

This can be seen as a watered-down, codified version of those cruel and destructive cons, where people desperate for work are lured into paying up-front fees for jobs that do not exist. This is not least because some at first seem to be paying jobs, but when you look closely are an ‘opportunity’ to do something ‘now’ for some vague promise of something at some indeterminate point in the future (if you prove yourself!).

The idea is often sold on the basis of gaining experience. Perhaps I should try this myself: when my toilet next breaks down, I’ll ask the plumber to repair it, not for a fee, but for experience in repairing toilets, so he can go off into the world and repair, competently, any number for further toilets (also for free, presumably), and be eternally grateful to me for the opportunity to learn so much.

What offends is not just the attempt to con, but the arrogance that suggests that the ‘commissioning’ organisation is in a position to enhance one’s reputation at all. Most of the enquiries I have had of this sort have been from people who know nothing about photography, art or any of the other things in which I am skilled – some were not even born when I first picked up a camera - they just want to exploit; and it is the source of the enquiry, not its target, whose status stands to benefit from the exchange.

So, to all would-be such enquirers: yes, I would be delighted to come and work for you, but like the butcher, the baker, the candlestick-maker and you, I have bills to pay and I need to be paid for my skills and time.
Next
Previous