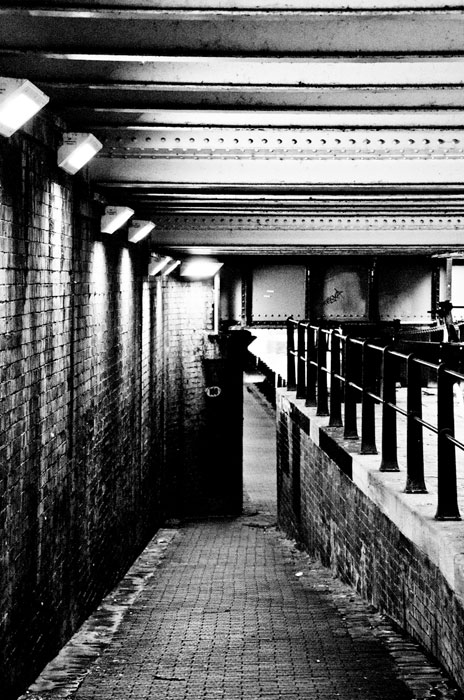 City centre shots by Stephen Riley
+++++++++++++
Took a stroll around and took photographs in the Castlefield and Deansgate areas of Manchester, right on the Salford border, taking in modern and historic areas in the city's commercial and industrial heartland.

Much of the area is restored with trendy bars such as Barca (now Buddha Bar), Dukes, Revolution and the Comedy Store. These areas are very popular with tourists, but also with local people, off for a night out. However, aspects of the original engineering and architecture are well preserved. The Industrial Revolution transport systems - the criss-crossing canals and railways that made Manchester's development possible - are still here, along with its funky new 21st century trams. For a passionate architectural photographer, Manchester and Salford have a great deal to offer
Next
Previous