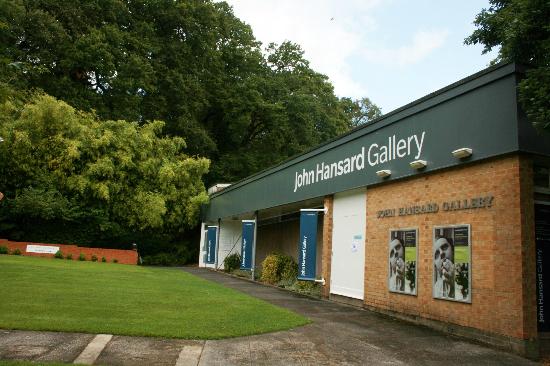 Hansard Gallery - part of the University of Southampton
Previous
Next

28 July 2011: Wrote the following review which was first published on this date in AN Magazine's 'Interface' section:

The main and newest work in this show is a set of photographs taken in Pripyat, a town a short distance from the Chernobyl power station; the site of the world’s worst nuclear disaster, in 1986. Pripyat – previously a model late-twentieth century industrial town, built to house workers at the once prestigious power station – was abandoned at the time of the disaster and is now a ‘ghost town’.


The photographs are large, floor-to-ceiling images of the interiors of public buildings: hospitals, labs, offices, theatres. They are shot with a large-format camera and thus remain sharp and incredibly detailed, even at this great size. The images are profound, sublime even, on several levels. Their size speaks of their importance: they confront the viewer on more than equal terms.


Like most Wilson-twins projects, they concern places where crucial and frightening things once took place, but which are now silent and abandoned. As such, they invite us to imagine what happened there; to project ghosts into the void; to think of the day when the alarm went and when normal chat, laughter and routines gave way to panic and flight.


The decay wrought by time on the interiors of the buildings is captured minutely by the camera. We see a pair of symmetrical institutional doors, but we also see peeling paint, cracked plaster and a parquet floor erupting due water ingress and a lack of heating, as materials intended for a controlled indoor environment are met with the full force of Ukraine’s seasons. If these were paintings, we would perhaps be referring to the restlessness of the artist’s brush marks on an ever-changing surface. And it is to the traditions of painting that one is drawn by these works.


The soulful pleasure we take in gazing on decay and considering its metaphors takes us back (at least) to Friedrich’s corroding gothic cathedrals. The sense of the sublime – also, of course, a key Romantic theme – is here in references to nuclear Armageddon and the flimsiness of mankind’s works in the face of nature’s power. This is referenced in two ways: failure to control the immense natural forces at work in the power station and the pace with which nature is reclaiming these once proud buildings. It is 25 years since the Chernobyl incident. What, if anything, will be here in another 25 years?


It could also be that certain types of mid-twentieth century abstract painting, like that of Jackson Pollock, which fidgeted its way all across the surface, or that of Antonio Tapies, which combined surface with references to texture, objects and architecture, inform the ways we see this work and the pleasure we take in it.


Although these are magnificent photographs, the question also arises, given the references made above, how it would be possible to take bad photographs of these buildings. Even shot with a more modest camera, these references would still be implicit. Pripyat is a readymade; a latter-day Pompeii. The camera can do no more than record what is already spellbinding.


Perhaps this is why the artists have included some minor interventions into the photographs and exhibition space. Each photograph contains a ‘metre stick’ – an old-fashioned, fold-up measuring device, marked with black and white stripes – which has been prodded into a door-frame or laid next to similarly shaped objects on the floor. More of these create simple frameworks in the gallery. You have to walk past or through them when looking at the photographs. From some positions, you see the photographs through them. They make a connection: what is actual in your space as the viewer is tangibly also there also in Pripyat. Perhaps the idea is to break down the distancing qualities of the photographs: the same thing is present on both sides of the highly-polished picture surface. We too are in a looking-glass world.


The metre stick also serves as a metaphor: it is a crude device; something intended to measure and control, but demonstrably, through its obsolescence, acknowledged to be fallible. Its black and white stripes also echo those used on tall structures – like power station stacks – to enhance their visibility and warn-off passing aircraft.


These are interesting asides, but the power of the photographs is all, and the rest seems unnecessary.
Next
Previous