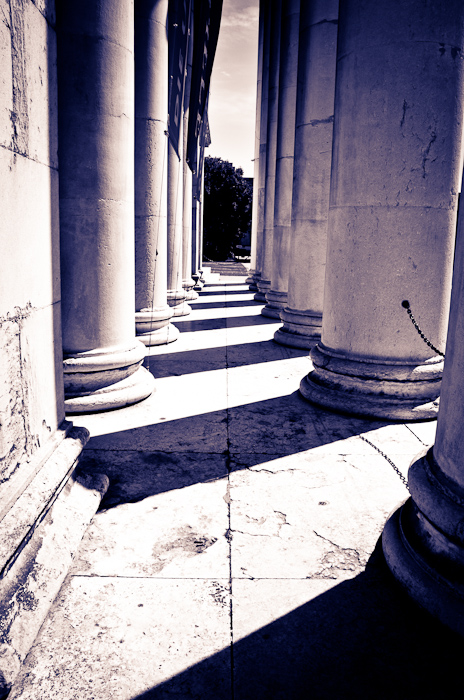 July 2013: Thinking Aloud: a lifelong love of architecture and photography

Photography of the civic, industrial and vernacular buildings of the North West
+++++++++++++++++++
Watching a television programme last night on Richard Rogers, I was again reminded of how important architecture is to my interest in photography. The programme featured some of the architect’s early successes – chiefly the Pompidou Centre in Paris, completed in the 1970s in collaboration with Renzo Piano and Ove, Arup and Partners - before looking at his more recent work and collaborations, including the Lloyds Building and Millennium Dome in London, the Welsh Assembly Building in Cardiff, and the European Court of Human Rights in Strasbourg, necessarily then including the work of Stirk Harbour Partnership.

Naturally, I love this guy’s work, but the thought that occurred was both more personal and more general: that little is more satisfying than photographing architecture. Throughout the programme, a kind of mental viewfinder insisted on materialising and composing shots of the buildings behind interviewees; the impulse insisted on the consideration of light-related decisions - how one might present the buildings to their best advantage; on contemplations over whether the shot should be orthogonal or should create drama by emphasising lens-induced perspective or fish-eye curves; and to what degree foreshortening and abbreviated depths of field should or should not play a part.

Thoughts then turned to more immediate locales; to time spent wandering the streets of the region’s great cities – Manchester, Liverpool, Salford etc - photographing buildings: the great and the not-so great. Vernacular architecture and, indeed, the absence of architecture – the more or less anonymous making, placing and modifying of things in public view – are as much of interest as the ‘grand design’. Also of interest are those moments when architecture is, as it were, coming to an end: the visual drama, uncertainty and pathos of the corroded or partially demolished, and the conceptual effects of these conditions; for example, the effect on the mind of places where the future of what is present is evidently being decided elsewhere; this being implicit in the needy state of what is seen and the implied inevitability of action. As Richard Wentworth said, the best sculptures are on the street.

Growing up in what is now Tameside (it was previously North Cheshire), specifically, Stalybridge, provided lots of opportunities for this kind of thought, observation and image-making. Stalybridge, along with other connected places along the Tame Valley – Saddleworth, Mossley, Dukinfield, Hyde, Ashton-under-Lyne, Denton, Stockport etc - have been by turns coming apart and reinventing themselves over decades; indeed, they have since the Industrial Revolution. It is a dark fascination with the satanic mills and huge engineered structures of this area that first engendered this interest in architecture and questions of how to interpret and represent it, in words, painting and photography. Certainly, for the architectural photographer, Manchester is a very good place to be.
Next
Previous